This page is available in the following languages:

Sollentuna is humming, with many businesses and commercial centres mixed with lovely green areas and cultural activities. Sollentuna Centrum, the Stinsen shopping centre, Järvafältet and Edsvik Konsthall are just a few examples. 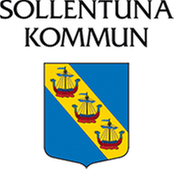 Facts about the municipality

Sollentuna is growing all the time, and currently an urban transformation is going on in which the central parts of Sollentuna are being developed and renewed.

We are investing in housing in various parts of the municipality. A completely new area, Väsjön, is being built in the northeast, and a compacting process is going on in Tureberg, where Sollentuna's first student housing became available in December 2015. The plan is for Helenelund and Rotebro to become more compact in the future as well.

We are planning for mixed housing, with flats and single-family houses in attractive residential areas located centrally as well as close to nature. There are many lovely green areas in Sollentuna, a third of whose area is nature.

Language groups in the locality

Among the most common foreign languages in Sollentuna are Arabic, Persian, Spanish, Somali and Kurdish. Children and young people whose native language is not Swedish are entitled to lessons in that language at school, with about 40 different languages being offered currently.

At #MeetSollentuna you can get information about associations and organisations, and participate in various activities to allow new arrivals and established Sollentuna residents to meet.

Read more about civil society in the municipality.
#Meetsollentuna

What is available in the immediate area

You can receive municipal information by phoning or visiting the Contact centre in the entrance hallway of the Municipal Hall. The centre of Sollentuna also has Arbetsförmedlingen and a social services office. There are three libraries: one in the centre of Sollentuna, one in Edsberg and one in Rotebro. They are open for a total of 99 hours a week. The library in the centre has #MeetSollentuna, which helps new arrivals and established Sollentuna residents meet through various activities. These include the RådRum activity, in which you can meet volunteer community guides.

Many parts of Sollentuna municipality have areas of shops and restaurants. It's easy to find shops that buy new and second-hand furniture and clothes. Kupan, managed by the Red Cross, is on Malmvägen, for example. A short commuter train or metro trip will get you to central Stockholm and all its shops and services.

All around Sollentuna are parks, playgrounds, green spaces and other nature areas. Outdoor swimming is possible at Rösjöbadet, Norrviken Torparängen and Edsviken Strandvägen. The municipality also has a large indoor swimming complex that includes a relaxing area and a gym, as well as sports grounds, jogging trails, outdoor gym, winter sports, walking and cycling etc.

The municipality has around 100 preschools and family day nurseries.

Newly arrived families with preschool-age children get an appointment for an introductory meeting at Centrum för integration och flerspråkighet, CIFS (Centre for integration and multilingualism).

The municipality has family centres that offer maternity care, child health care and open preschool. Open preshool is for parents who are at home with small children. There is no fee, and you don't need to enrol your child beforehand. Open preschool offers educational group activities, and children play individually or in groups. As guardian you are there with your child at open preschool.

There are around 30 schools in Sollentuna, both municipal and independent. Some have specialisations such as music or languages. Seven of the compulsory schools offer preparatory classes for newly arrived pupils.

Newly arrived pupils are received at Centrum för integration och flerspråkighet, CIFS (Centre for integration and multilingualism). When a newly arrived compulsory school pupil is received at CIFS, appointments are made for an introduction, a survey and a health examination. Families with children of preschool age are given an appointment for an introductory meeting.

Sollentuna has one municipal upper secondary school and five independent ones. Rudbeck, the one run by the municipality, is one of the most popular in Stockholm county, measured by the number of pupils who put it as their first choice. The school has about 2,000 pupils and 200 staff. Rudbeck offers the Language Introduction Programme for newly arrived pupils.

In Sollentuna we're working to have Sweden's best schools. In compulsory schools, the targets are for all pupils to achieve the learning goals in all subjects, to reach the country's highest qualification value, and for everyone to feel safe at school. We prepare our pupils for a fully digital future.

On Kunskapsparken (Knowledge Park) you can get current information about adult education. You can get help to apply for courses and programmes in:

We will also help you apply to university colleges and universities. If you want, Kunskapsparken will give you guidance and help you plan your studies as well.

Stockholm University is around 30 minutes away by commuter train. Stockholm and the surrounding municipalities are home to numerous folk high schools and higher vocational schools.

Read more about adult education at:

The municipality has family centres that offer maternity care, child health care and open preschool. They also have social workers and social welfare officers who can provide advice and support on social and personal matters, individually or to couples. The family centres also offer various parenting courses.

The municipality has several medical care centres and dentist's surgeries.

Region Stockholm made a major investment in expanding health and medical care services between 2017 and 2018. Sollentuna Hospital plays an important role in the region's plans for the future. The investment involved refurbishments and extensions that allow for more than 230 modern inpatient beds and a specialist centre.

Social care, health care and medical care in the municipality

With all contact with the authorities, the municipality and health services, you are entitled to interpreting help if you do not speak or understand Swedish. This is booked in advance of the actual meeting.

The E4 motorway and commuter trains cross the municipality from north to south. Five commuter train stations provide good conditions for efficient public transport. The Förbifart Stockholm interchange at Häggvik is estimated to be ready by 2022. There are good east-west connections for cars and buses, and there are plans to extend the Tvärbanan light rail line from Stockholm's western suburbs to Helenelund.

Sollentuna is making a major investment in cycle paths.

Sollentuna has some of the best conditions in the country for businesses. We support the spirit of enterprise and entrepreneurship. For two years running we have been ranked second, out of 290 municipalities, in the annual ranking of local conditions for businesses in municipalities by the Confederation of Swedish Enterprise (Svenskt Näringsliv). Our goal is to be number one.

Sollentuna's ideal location between Arlanda airport and Stockholm attracts many businesses to set up here. The majority of the municipality's 4,000 or so companies are small or medium-sized.